I have been rapidly expanding my 1/6000 scale modern fleet.  As I’ve mentioned before I think the Figurehead miniatures are exceptional considering the scale.  I have just over 200 ships in my collection already with more on the way.  I’m still trying to decide how to paint up the sea base and blackwash the models.  The details are so fine I don’t want to overdo it.

I will say this about Figurehead, if you are buying them in the store carefully inspect the packages before you make your purchase.  I have made nearly all my purchases online and have discovered that four of the packages have incorrect ships.  The errors have all occurred in packages with a mixture of ships never when there is only one kind.  For example from the pack that was supposed to have two USN California class, one Bainbridge class, and one Truxton class I received one California, one Bainbridge, and two Truxtons.  The problem is there was only one Truxton made so I have a useless ship.  I encountered a similar thing with the Royal Navy pack that should have one Type 82 Bristol.  Maybe I’ll use these extras as wrecks or something.  I contacted the manufacturer about the errors, not really expecting anything to be done about it, and I received a nice email saying they would look into it and provide a replacement as necessary.  So far nothing else from them.  At least I wasn’t expecting any action so I shouldn’t be disappointed right?

More magnet madness.  I purchased some 1mm rare earth magnets online with the idea that maybe I could have revolving turrets on 1/2400 scale battleships.  Well I don’t have any unassembled battleship kits at the moment and I would hate to mess up the paint job of the finished ones I have on this experiment so I’m going to use a proxy to test the magnets.  Enter the trusty MRAPs, in this case the RG-31 Nyala from GHQ.  The machine gun turret should be comparable to a battleship turret peg so we’ll see how it works once the magnets arrive from Hong Kong.

Keeping the nautical theme going for the moment I have a handful of 1/2400 scale ships awaiting paint and decals.  If you remember my Pivot to the Pacific threads there hasn’t been much progress in terms of painting just adding more ships to the fleet.  I’m particularly keen on getting my hands on the Takanami DDG and the GHQ Hyuga when they come out next year.  I’m hopeful that GHQ will also solve my deck marking issues with an excellent set of decals they usually provide with their modern aircraft carriers.  Not appearing below is my recent purchase of GHQ’s LPD-21.  The model itself is up to GHQ’s usual standards and the V-22 Ospreys provided are also pretty good.  The major fault I have with this pack is the “Sea Stallions” listed on the website are in fact the same 20-30 year old casting of SH-3 Sea King helicopters.  I would buy  four or five extra sprues of Sea Stallions if they ever got around to making them but I guess I’ll have to wait. 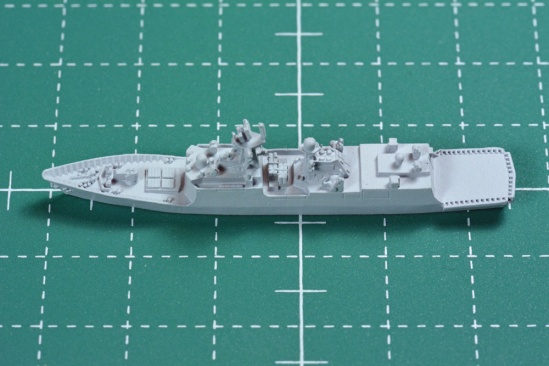 Switching gears to the land side of things I’m making, as a test case, a small diorama or vignette as a backdrop for photographing microarmor.  For this one I’ve decided on a European setting which will include a small farm complex with tree lined road, orchard and farmer’s fields.  The vision is to have the vehicle in the field on the left.  The photo would be a quartering shot, not straight down the road as shown here, with the orchards on the hill to the left and the farm complex center right with the road acting as a visual lead in line running from near right to far left.  We’ll see how it turns out.  And then there’s the need for an Arab-Israeli war setting as well. 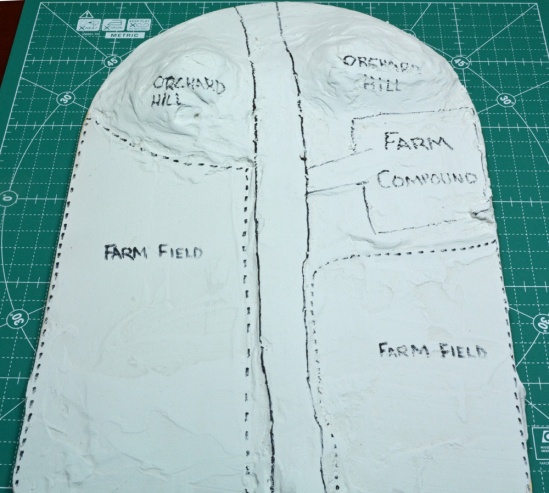 Time to get busy.